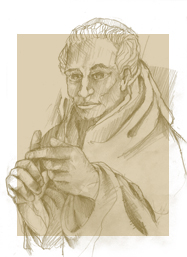 In 2002, Ockham filed three patents around the mucolytic effect of inhaled heparin, and other glycosaminoglycans;

1. WO 03/068187; Use of glycosaminoglycans such as eg heparin for the treatment of respiratory disorders such as COPD. Granted in March 2008.

This patent covers the use of inhaled heparin and other glycosaminoglycans to improve mucus clearance in suppurative inflammatory lung diseases with airflow limitation.

This patent covers the use of heparin and other glycosaminoglycans to improve the delivery of other inhaled drugs for the treatment of respiratory disorders.

This patent covers the use of heparin to improve the activity of DNase I in the treatment of diseases characterised by the accumulation of extracellular DNA, including cystic fibrosis and SLE.

4. In July 2016 Ockham filed an additional patent related to the unforeseen ability to deliver certain formulations of heparin via a vibrating mesh nebuliser.

This patent application, and further applications under consideration, reflects more closely the anticipated delivery mechanisms for inhaled heparin. It is planned to take this application through the PCT process to gain worldwide patent coverage.

Ockham Biotech Ltd are seeking partners for the commercialisation of inhaled heparin in COPD, bronchiectasis, asthma, cystic fibrosis and other diseases characterised by airway obstruction with mucus, including motor neurone disease.

In 2006, the EMA granted orphan drug status (EU/3/06/371) to Ockham Biotech for heparin as an inhaled therapy for lung disease in patients with cystic fibrosis.

Orphan Drug status has also been granted by the FDA